What is Juneteenth to African Americans in 2022? 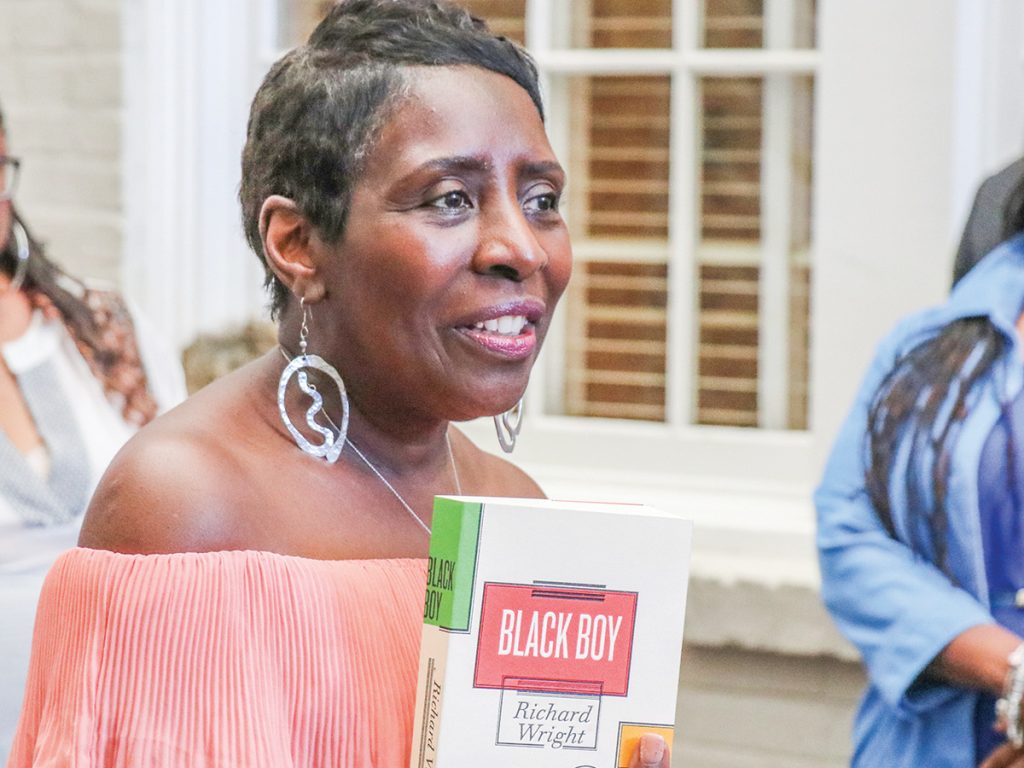 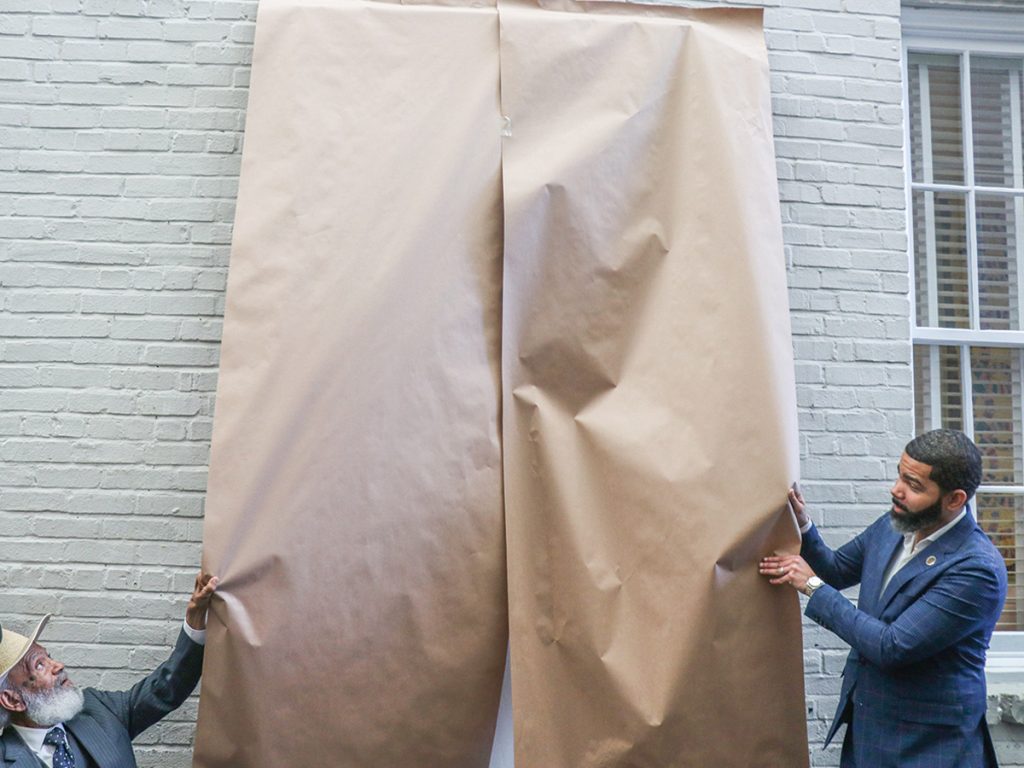 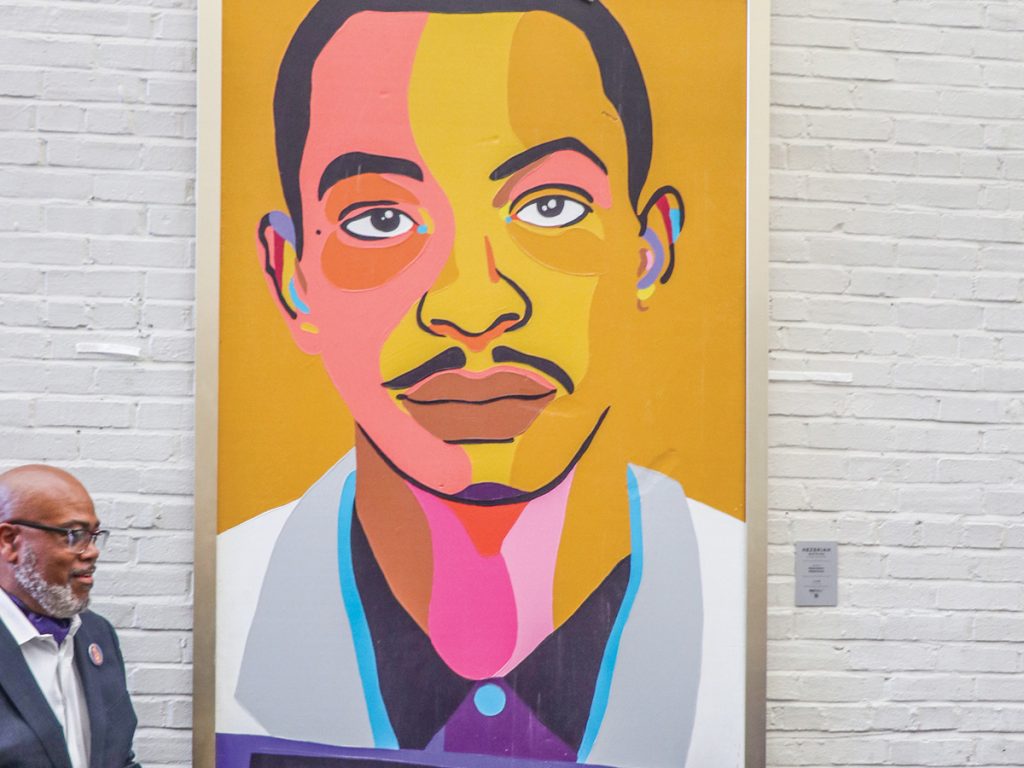 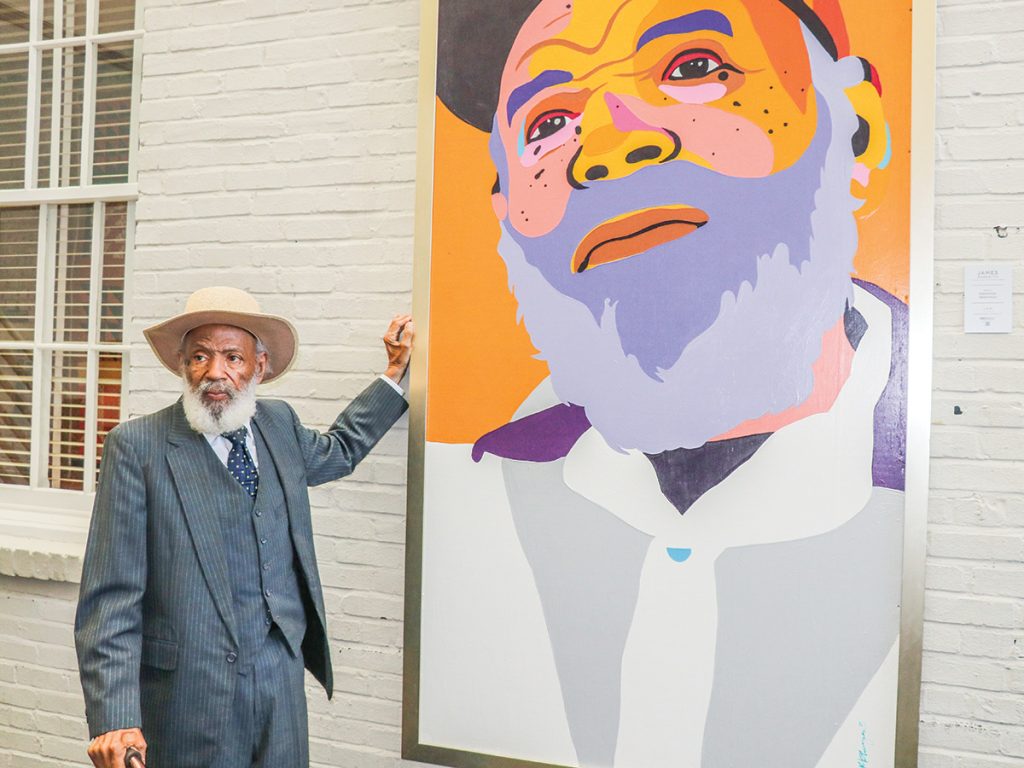 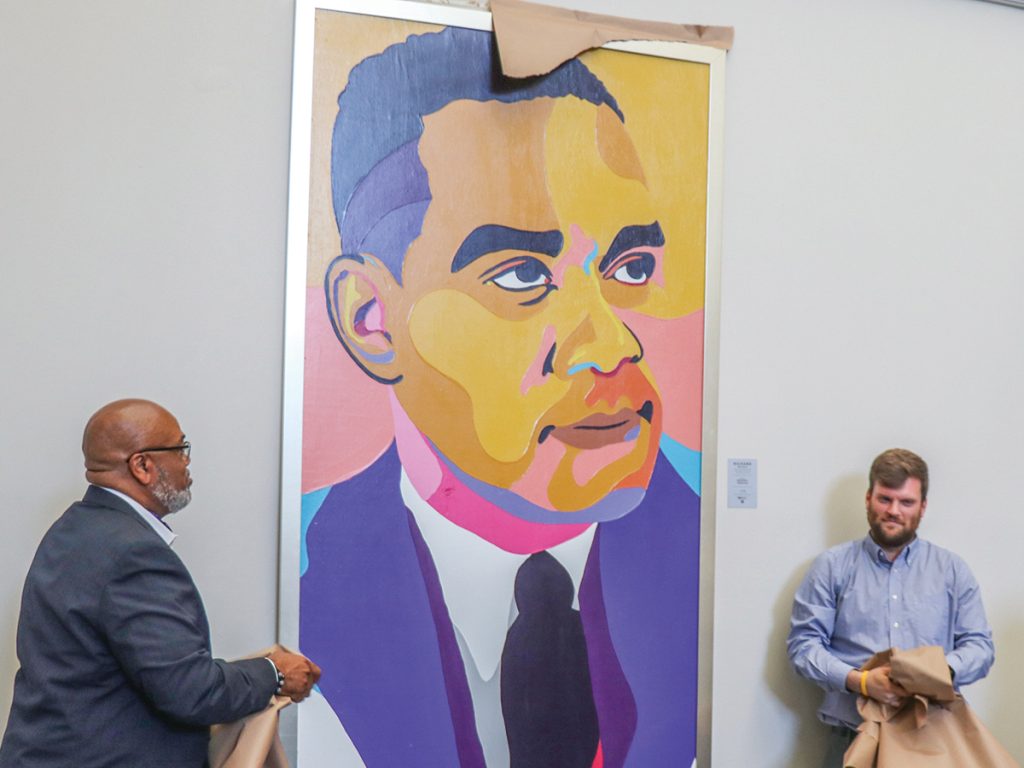 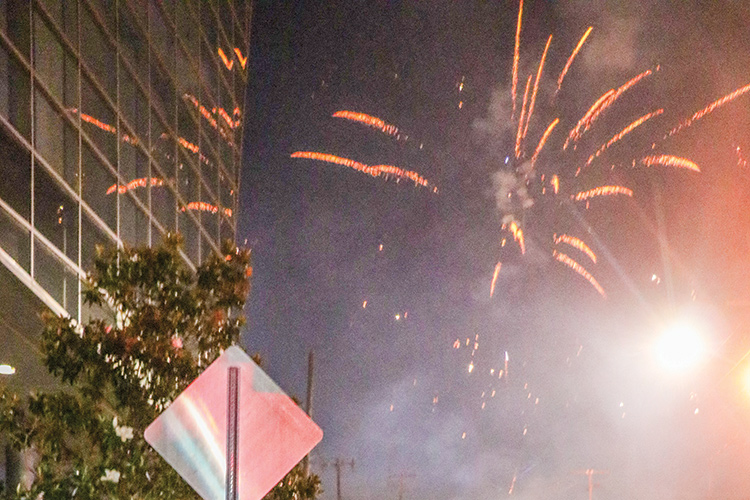 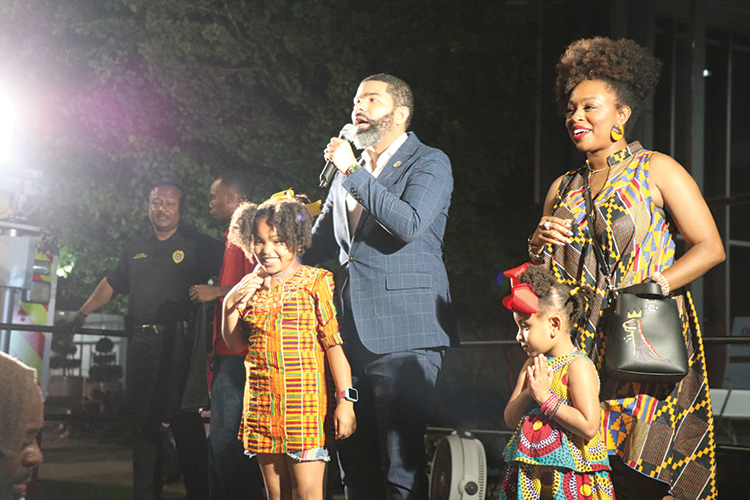 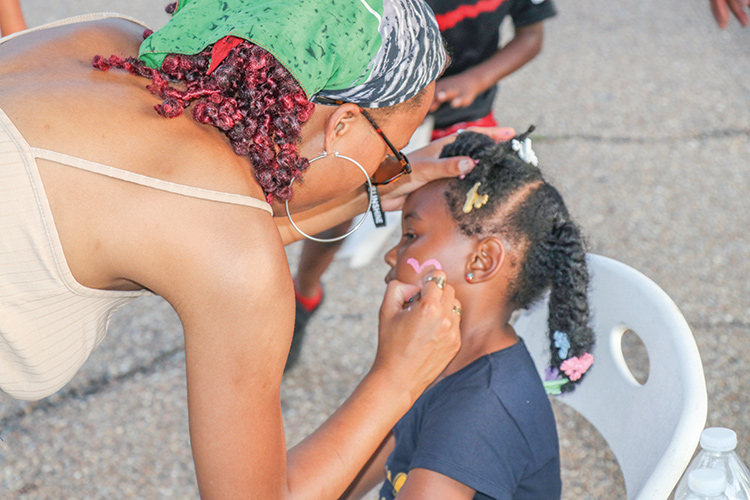 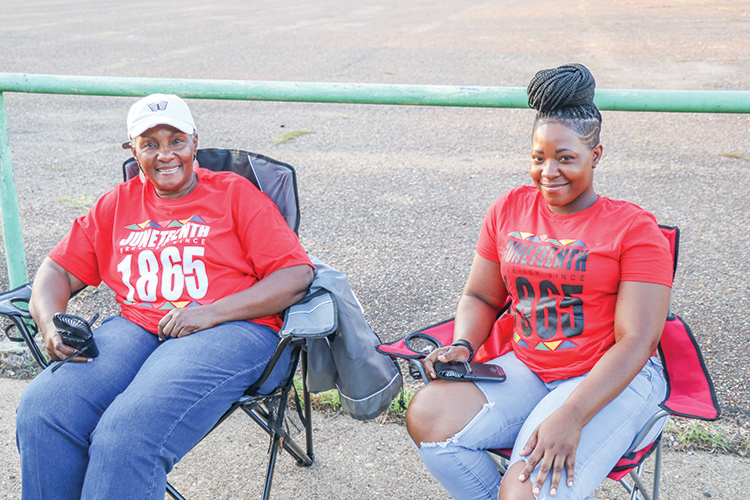 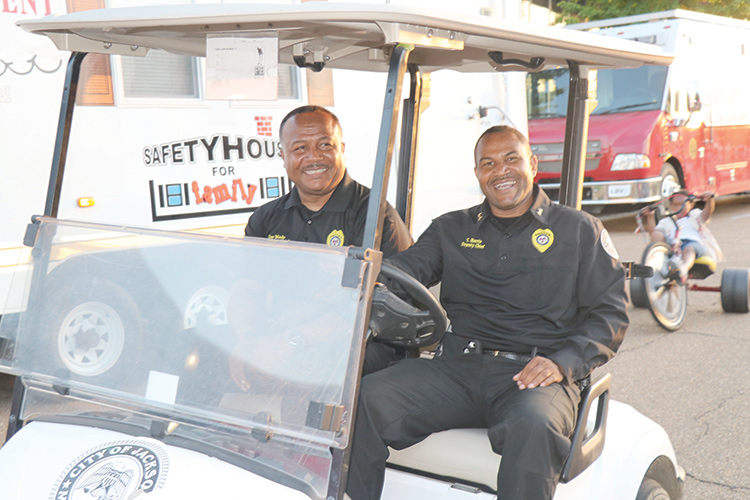 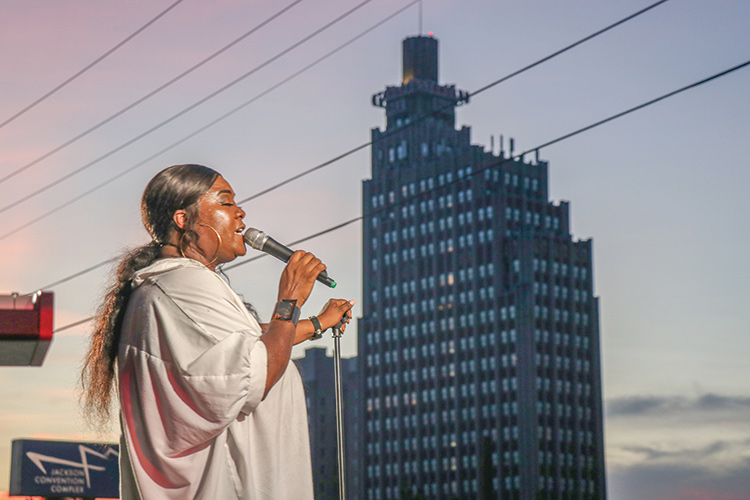 The City of Jackson held the 2022 Juneteenth Fireworks Extravaganza on Friday, June 17, 2022 as a part of its weekend-long Juneteenth celebration. Held in Downtown Jackson next to the Jackson Convention Complex, the ex­travaganza featured guest performances by various music artists, food vendors, face painting, and various activi­ties for families to enjoy. The event was co-sponsored by Downtown Jackson Partners, Visit Jackson, Indie Music, and Ourglass Media Group. (Advocate photos by Joshua Martin)

It’s been two years since the Pontotoc, MS community celebrated Juneteenth due to COVID, and the first year as a national holiday! The day-long event was filled with music, dancing, shopping, laughter, games, fellowship, and good eatings from area food trucks and restaurants. (Advocate photos) 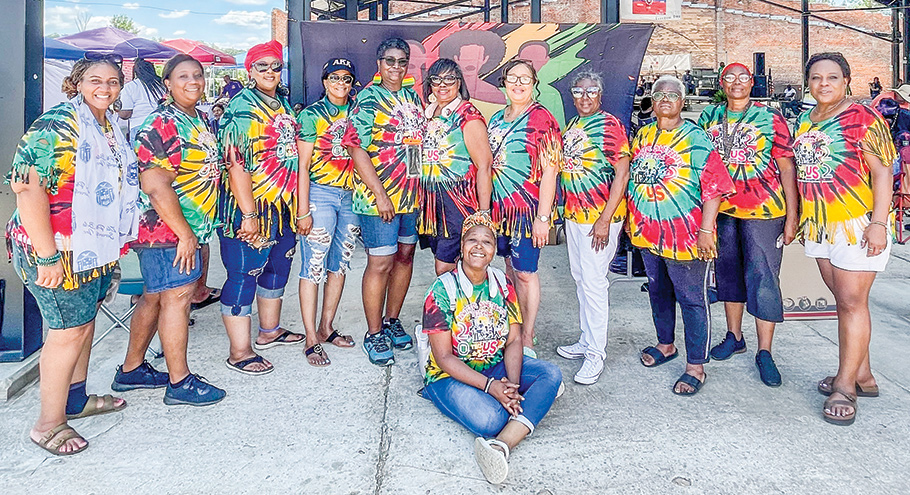 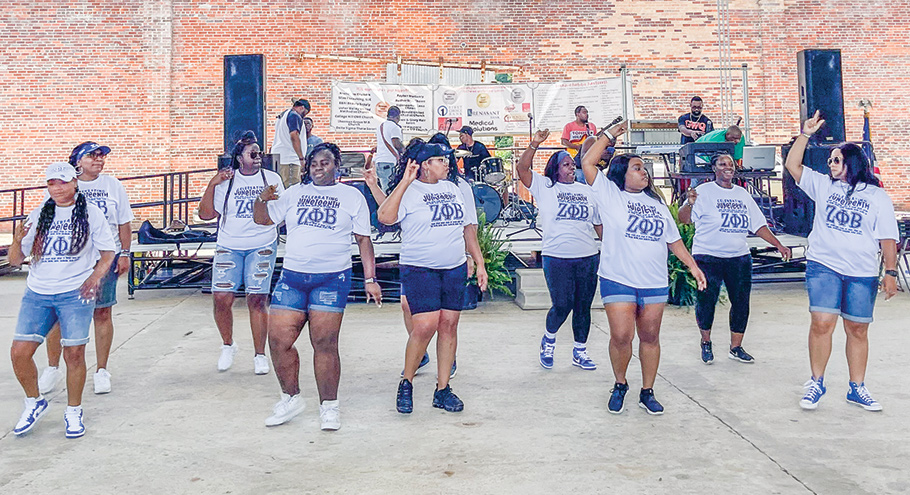 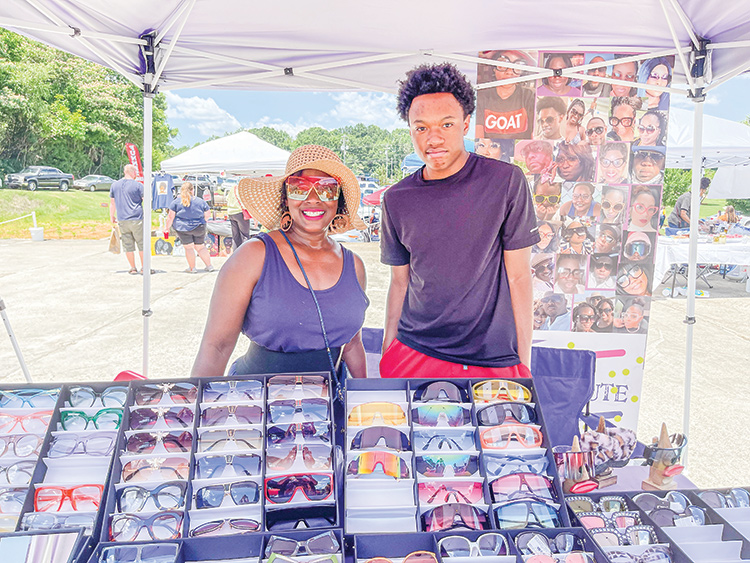 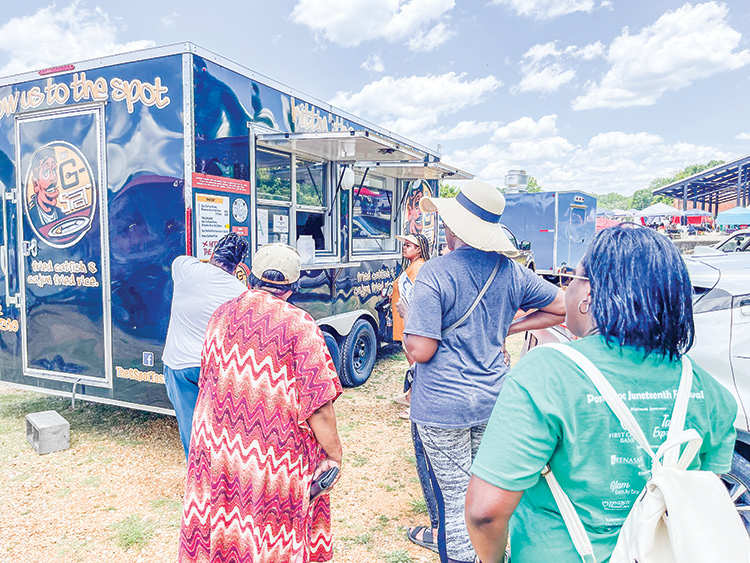 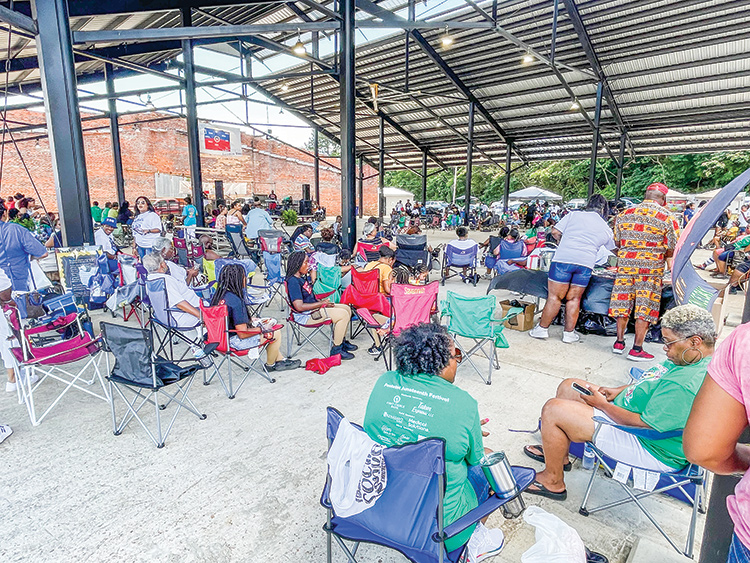 Realizing that this is the first year that Juneteenth is officially being recognized as a national holiday, we would do well to raise a few questions on the subject, among them are the following: “Why celebrate June 19th when hundreds of thousands had been freed much earlier by the Emancipation Proclamation?” “Why not celebrate January 1st, the day that the Emancipation Proclamation became effective?” “Why not celebrate December 6th since that is the date of the ratification of the 13th Amendment, freeing slaves throughout the United States of America?” “How do we include the recognition of the enslaved Africans in Indian Territory who were held in captivity until the next year, when treaties were signed with the Native nations in that territory?”

One truth regarding which date to celebrate is that descendants of the Juneteenth celebrations simply had a more sustained tradition and did a better public relations job in getting June 19th recognized as Black Independence Day.  In reality, Texans were simply the last enslaved Africans in the United States to learn that, because the Confederate government had surrendered, they were free according to the Emancipation Proclamation.  Following the lead of Mrs. Opal Lee, however, they were able to recognize Juneteenth as a federal holiday.

At long last, there was a day to celebrate across the country.  Although many formerly enslaved Black people looked upon January 1st as their Emancipation Day, it did not stick.  That date was already being celebrated as New Year’s Day.  Then, of course, not all of the enslaved people were freed on that day. The issuing of the Emancipation Proclamation was only a military measure or promise that could be fulfilled only with the Union winning the war.  Thirdly, there were some who questioned whether the president had the authority to issue such a proclamation.  Finally, January 1st was not sustained as Freedom Day throughout many Black communities.

December 6th never caught on as Freedom Day, apparently because by that date, it was well recognized that slavery had already been ended for quite some time.  America was moving on in the wake of the defeat of the states that had gone to war to support slavery.

It might seem logical that if Black people were awaiting the last of the enslaved people to be freed in order to celebrate the good fortune of the entire group, the celebration date should be July 27, 1866,when the Cherokees ratified a treaty agreeing to free their slaves.  (That same summer the Creeks, Choctaws, and Chickasaws had signed treaties agreeing to free their slaves.)  There is, of course, no such celebration because, as was the case with December 6th, most people had decided that emancipation was already accomplished.  Those African people in Indian Territory, nevertheless, were enslaved until those times.

Another real perspective that one might consider is that the date of the emancipation of the slaves was apparently not so significant to white America, which had the ruling power, as to be concerned about a day of national celebration.  This lesson should never be forgotten by Black People.

Again, the Texas descendants won out through their persistence.  That may be just as well because a national day celebrating the ending of chattel slavery is important, and this was one of those days.  (The writer would suggest that seriously conscious Black people would do well to celebrate all of those relevant days as days of freedom.)

No matter when one chooses to celebrate, the celebration should grow out of a time of reflection/meditation on what was the nature of chattel slavery; what it took to put an end to it; and what one can do, short term and long term, singly and as part of a group, to advance to the state of full freedom for all who are still enslaved in certain ways.  Those thoughts can be shared with others or entertained internally.  The individual should then engage in activities that he/she thoroughly enjoys, in the spirit of the day that Black people obtained their first freedom.  While one cannot advise another as to how to best “to eat, drink, and being merry” on that day, he can, nevertheless, suggest that, as the celebrating takes place, one remembers the day as the anniversary of a most momentous occasion in the life of his/her people and pledges to advance the cause of freedom even further.

That’s how this African American views the celebration of Juneteenth.

America is divided but hopeful after the midterm elections

What is Juneteenth to African Americans in 2022?