Sixty-seven years after its founding in 1821, a private company begins distributing water in the city.

In 1940, the city population was 62,500. It reached a peak of 202,895 in 1980. The new numbers necessitated a better water system. The O. B. Curtis plant was built in the late 1980s to handle this increased demand. The  plant draws its source water from the Ross Barnett Reservoir.

The 1990s saw a dramatic change in Jackson’s racial makeup. According to the 2000 U.S. Census, nearly 35,000 white residents fled the city from 1990 to 2000. The white population dropped dramatically while the Black population continued to rise.

White residents took their tax dollars to the surrounding bedroom communities. Between 2000 and 2020 the populations of Madison and Rankin counties grew by 35,000 and 42,000, respectively.

The OB Curtis plant began as a conventional system but went on to also install a modern membrane filtration system in 2006. Each of the plants can produce the 50 million gallons of water a day that would satisfy Jackson’s needs, although the O. B. Curtis plant is the real workhorse of the system and may eventually become the sole operating plant.

Mayor Tony Yarber declared a state of emergency due to rough roads filled with potholes and multiple water main breaks. The Jackson City Council did not approve Yarber's proposal.

The city of Jackson experienced below freezing temperatures including  approximately four inches of snow and two inches of sleet in a winter storm that began on Valentine's Day 2021. The freezing temperatures created a malstrom of issues for the capital city. Chief among them was the frozen slush of the Ross Barnett Reservoir where the OB Curtis plant filters water from.  This caused frozen plant equipment, including the raw water screens, and over 80 water main breaks throughout the city. 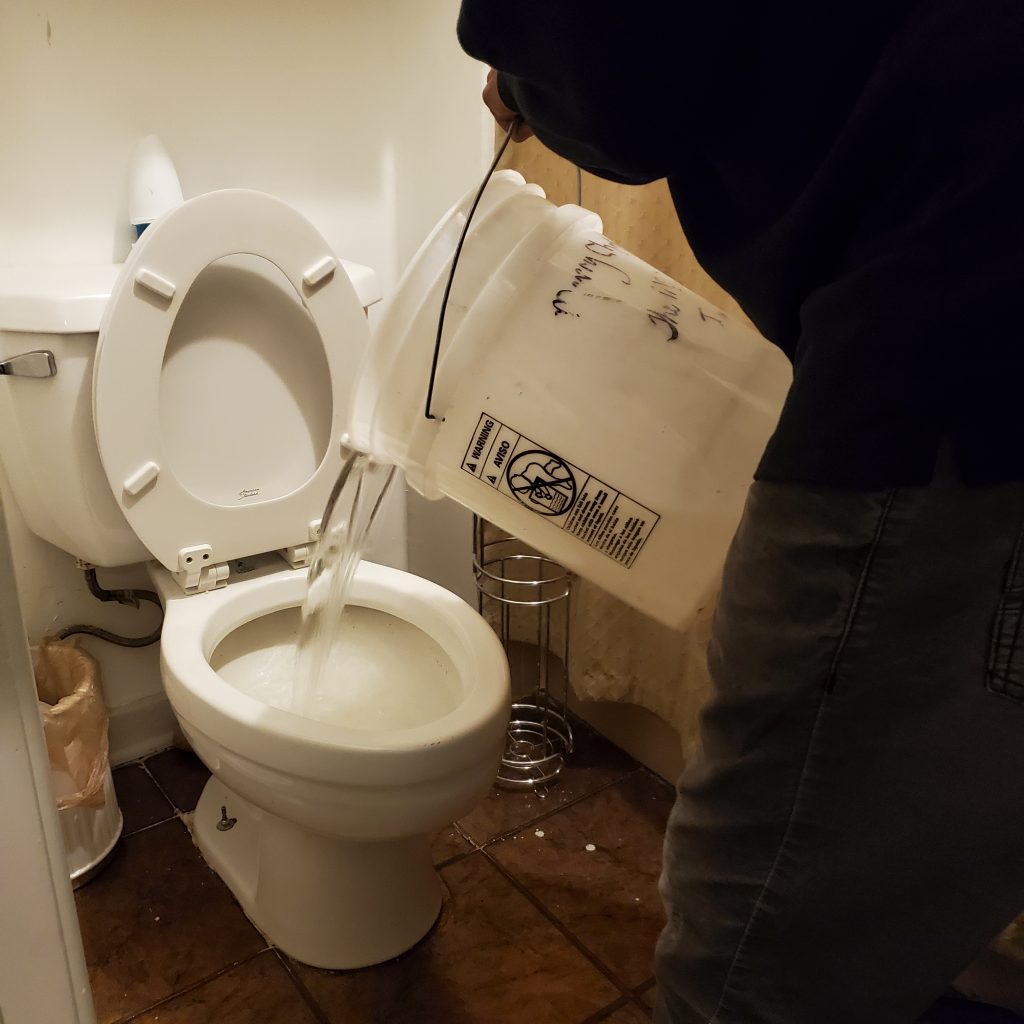 The city of Jackson experienced below freezing temperatures including  approximately 2 inches of sleet in a winter storm that began on Valentine's Day 2021. The freezing temperatures created a malstrom of issues for the capital city. Chief among them was the frozen slush of the Ross Barnett Reservoir where the OB Curtis plant filters water from.  This caused frozen plant equipment and over 80 water main breaks throughout the city.

On Day 18 of the winter storm water crisis, some setbacks were experienced at the OB Curtis plant. Raw water screens were not operating properly as a result of debris blocking the flow of water. Plant technicians had to build pressure back up which meant that the week's earlier gains were for naught ans some Jackson residents who did gain some water pressure went back to experiencing low or no water pressure.

electrical fire, causing another shutdown and a boil-water alert.

September 1, 2022
Half of the tanks at OB Curtis plant fill back up
Over half of the tanks on the surface system have begun filling back up, said representatives from the city of Jackson.
The total plant output increased to 78 PSI with a goal of 87 PSI.
Operators have b the plant assessment and have begun working on initial projects to increase the stability of the system which includes a series of repairs and equipment adjustments on site.
September 3, 2022
Anhydrous Ammonia tank leak repair at O.B. Curtis

Officials warned of a controlled burn-off of the gas whiched caused a visible, yet harmless, flare into the sky.

The total plant output increased to 86 PSI with water reaching  the Suncrest Tank and teams from Georgia and Florida rural water associations worked to repair and restore many of the automated systems at the plant.

*Anhydrous ammonia is a colorless non-flammable liquefied gas. Its vapor is lighter than air and has the same pungent odor as household ammonia.

The OB Curtis plant exceeded its goal of 87 PSI. There were no tanks at low levels; multiple tanks  were approaching full. Officials noted that most of the city's residents should have normal water pressure.

Plant operators and officials also worked to restore Membrane Plant Train #5  which allowed Membrane Train #3 to be cleaned. Operators also focused on restoring the sludge plant to full operation and completed the repair to the tank leak from the previous day.

Due to water water output stabilization at the OB Curtis Plant, the Mississippi Emergency Management Agency began the process of closing three of our distribution sites: Thomas Cardozo Middle School, Northwest Jackson Middle School, and Hinds Community College Jackson. 4,998,384 bottles of water had been distributed by MEMA since September 1.

Jackson Public Schools reopened schools and returned to in-person learning. School officials noted that several schools may experience delays in school buildings reaching the optimum coolness due to several air conditioning systems that depend on water to run effectively.

The Jackson water system has been restored to its original state before the current crisis, Gov. Tate Reeves announced at a 1 p.m. press conference Thursday. Going forward, the O. B. Curtis water processing plant will be under the direction of a temporary program management contractor that was signed off on at noon Thursday, MEMA Executive Director Steven McCraney said at the press conference.