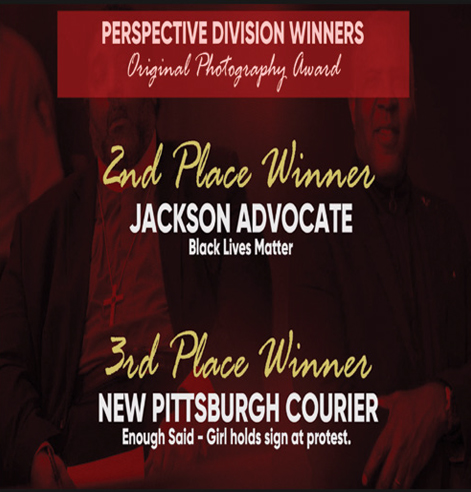 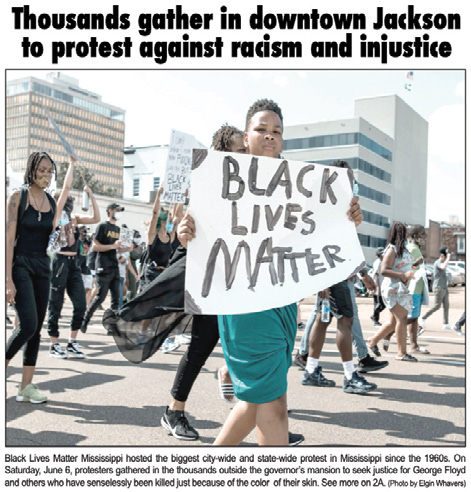 The Jackson Advocate won four (4) awards at the 2021 National Newspaper Publishers Association Fund Messenger Awards. The awards ceremony, held virtually on Thursday, June 24, 2021, honors excellence in publishing and reporting among some 200+ Black newspapers across the nation.

This is the first time in recent history and the first time under Publisher DeAnna Tisdale Johnson, in her first official year as publisher, nonetheless, that the publication has brought home awards from this event.

The Jackson Advocate won first place for the Robert S. Abbott Award in the category of Editorial & Opinion for its coverage of the changing of the Mississippi State Flag. The story, “What does the changing of the state flag really mean?”, was written by Dr. Ivory Phillips and featured in the July 2-8, 2020 issue.

The Jackson Advocate won second place in the category of Original Photography Use Award for its coverage of the Black Lives Matter Mississippi rally and march held on June 6, 2020. The photo was taken by Elgin Whavers and featured in the June 11-17, 2020 issue.

The Jackson Advocate won second place for the Carl Murphy Award in the category of Community Service for its coverage of the pandemic during the entirety of the year. One highlighted story was the exclusive interview with Dr. Thomas Dobbs of MSDH written by Publisher DeAnna Tisdale Johnson and featured in the April 23-29, 2020 issue.

The Jackson Advocate won first place for the W.A. Scott II Award in the category of Community Engagement for its use of Facebook to engage with the community during the pandemic. A Facebook LIVE webcast called “Lunch Vox” was featured every Friday at 12:30 p.m. from the months of May to October 2020. The topics ranged from informing the community about the Census, mental health stigma, and talking with local artists about how they were fairing during the pandemic.

Established more than 20 years ago, the NNPA Foundation is a 501(c)3 tax-exempt organization that has traditionally focused on pre-professional training and encouraging excellence in the industry. Its four traditional programs include: the Black Press Archives and Hall of Fame at Howard University, the A. Phillip Randolph Messenger Awards for Excellence in publishing and reporting, a summer internship program offering journalism students the opportunity to gain hands-on experience at Black newspapers, and a scholarship fund providing financial assistance to college and graduate students with an interest in journalism. In 2000, the foundation created the Black Press Institute and the NorthStar Center for Civic Journalism as a means of revitalizing and enhancing its programmatic activities. 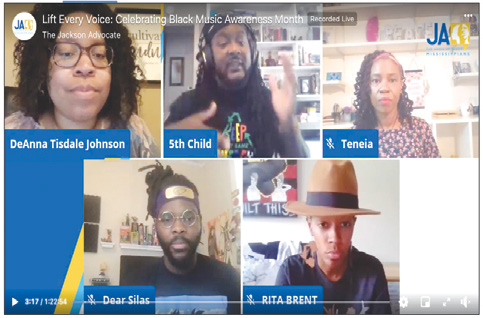 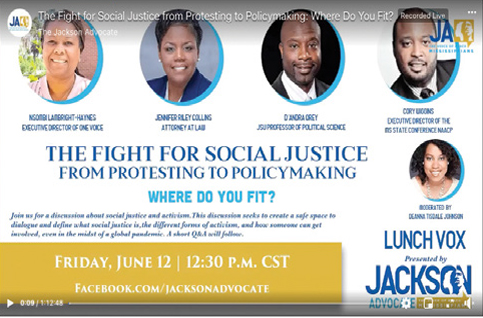