Orangeburg, SC: On Tuesday, February 8, 2022, South Carolina State University commemorated the fifty-fourth anniversary of the on-campus massacre during which three students were killed and 28 others were injured when South Carolina Highway Patrol troopers opened fire on a crowd. This tragedy happened following three nights of intense racial confrontations over efforts to desegregate a local bowling alley, the All-Star Triangle Bowl. The event became known as the Orangeburg Massacre.

The commemoration ceremonies featured a program held in the Martin Luther King Jr.  Auditorium on the State University campus.

Cleveland Sellers, who was himself one of the students shot during the massacre, and the only person ever convicted because of that catastrophe, was the keynote speaker at the commemoration. Sellers is a former Howard University student, alongside Stokely Carmichael who was one of the founding members of the Student Nonviolent Coordinating Committee (SNCC) during the 1960s. Sellers later earned a graduate degree at Harvard University and subsequently, during his career, became the president of Voorhees College in Denmark, S.C.

Following the program indoors, the university dedicated a new monument outside, unveiling bronze busts of Henry Smith, Samuel Hammond Jr., and Delano Middleton, the college students who perished at the brutal hands of law enforcement.

On the night of February 8, 1968, nine South Carolina Highway Patrolmen fired their weapons into a crowd of Black students protesting on the front of the campus of South Carolina State College. As aforementioned, three students were killed and 28 were injured. Virtually all of the young men were hit in the back by shotgun pellets and bullets. The shootings were the culmination of lengthy protests against the vestiges of segregation and the persistence of racial discrimination in Orangeburg, especially the “whites only”  policy of the All-Star Bowling Lanes. 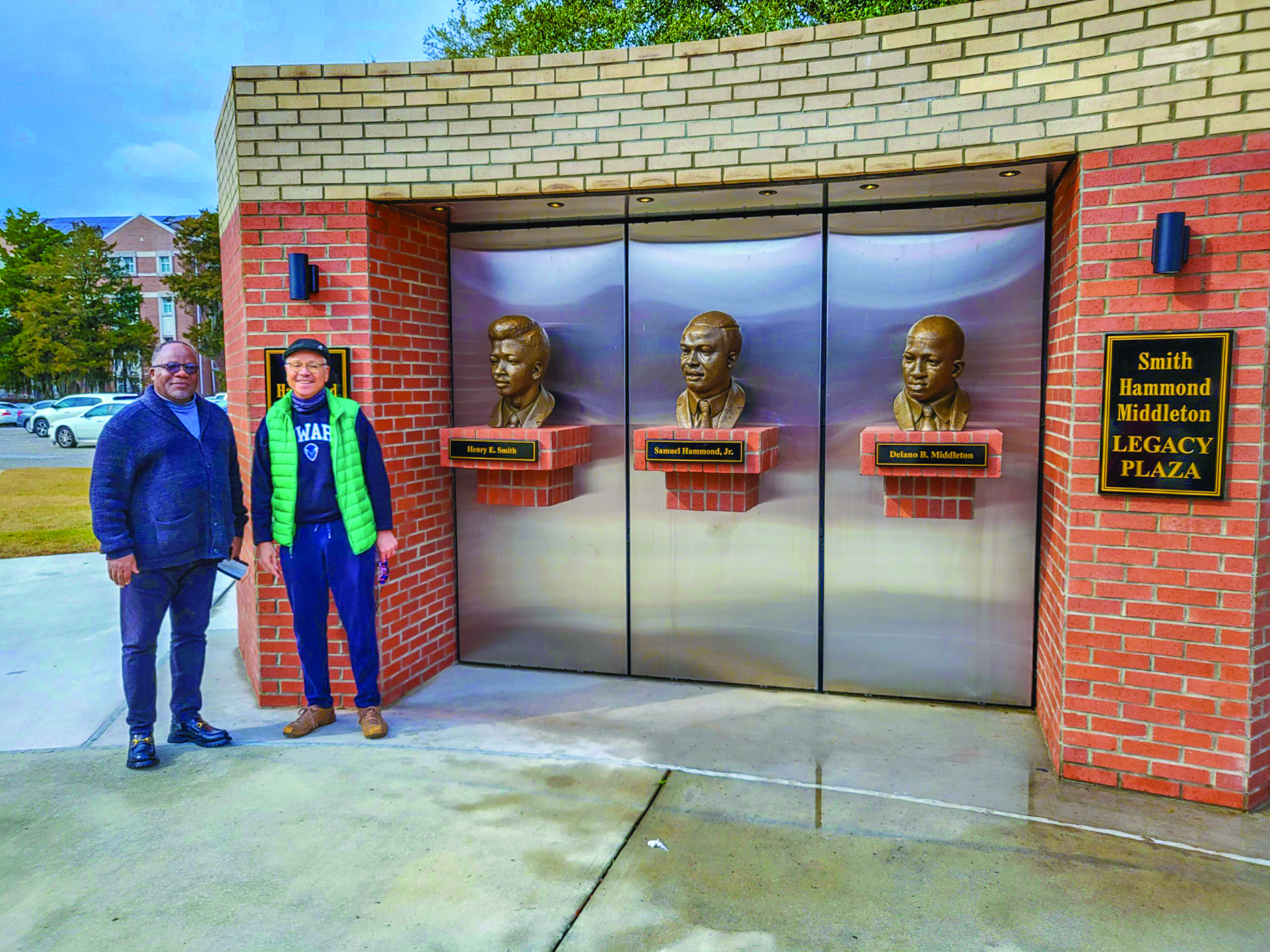 The tragedy that became known locally and across South Carolina as the Orangeburg Massacre received little national attention at the time. Coming two weeks after the North Korean government captured the US Navy vessel – the Pueblo and its crew – and only three days after the Tet Offensive began in Vietnam, the massacre was largely ignored by print and broadcast  journalists. Nor did subsequent investigations and trials arouse more than regional interests.

The traumatic events of 1968 – President Lyndon Johnson’s decision not to be a candidate, Dr. Martin Luther King’s assassination, Robert F. Kennedy’s murder, the tumultuous Democratic National Convention in Chicago, and Richard Nixon’s political resurrection in the November election – largely relegated the events in Orangeburg to obscurity. Only the publication of the “Orangeburg Massacre” by Jack Nelson and Jack Bass helped to keep the story alive. FBI director J. Edgar Hoover managed, with some success, to suppress circulation of the book because he believed it was too critical of the Bureau.

In the past five decades, historians have – with only a few exceptions – ignored Orangeburg while rarely failing to devote attention to the student uprisings at UC-Berkeley and Columbia University in New York and the killings at Kent State and Jackson State. Nor is the Orangeburg Massacre included among the exhibits at the National Museum of African American History and Culture in Washington, D.C.

The events in Orangeburg did not fit neatly into the paradigm of the antiwar protests during the late 1960s nor did they find a place in the context of the bloody confrontations over civil rights that occurred in Alabama and Mississippi earlier during the decade. But those events do fit into the tradition of student activism on the campuses of South Carolina State and Claflin University, and throughout the greater Orangeburg community.

A dozen years before the Orangeburg Massacre, students at South Carolina State went on strike, refusing to attend classes, in protest against both the actions of the White Citizens Council in Orangeburg and the authoritarian policies of the college president, Benner C. Turner. In February 1960, just days after the sit-ins began at the Woolworth Store in Greensboro, N.C., South Carolina State and Claflin students launched their own sit-ins at the local Kress lunch counter.

On March 15, 1960, students peacefully marched to challenge segregation in Orangeburg only to be met by law enforcement officers and fire hoses. Nearly 400 students were arrested. Nonviolent protests and demonstrations continued month after month in the early 1960s. In 1967,  students went on strike in “The Cause,” staying out of class and standing in opposition to the autocratic policies of longtime president Benner C. Turner. Turner subsequently retired.

Thus, the events of February 1968 can be meaningfully interpreted only as a part of the larger and longer tradition of student activism on the Claflin and South Carolina State campuses.

For decades after the massacre, the Black and white communities in Orangeburg remained deeply divided over the meaning and memory of what happened on February 8, 1968. For most people in Orangeburg, the massacre was a divisive issue and a source of persistent racial animosity.

Then, in 1999, on the eve of the 31st anniversary of the massacre, more than 250 Black and white residents of the Orangeburg community called for racial reconciliation in a plea published in the local newspaper The Times and Democrat on February 7th, entitled “Orangeburg, let us heal ourselves…”  That call had a dramatic and positive impact. In 2001, Governor Jim Hodges expressed “deep regret” on behalf of the state at that year’s ceremony.  Then later Governor Mark Sanford in 2003 issued a written apology on the state’s behalf. At the 40th anniversary observance in 2008, Orangeburg mayor Paul Miller apologized for the city of Orangeburg. For the 50th observance, Attorney Bakari Sellers, son of Cleveland Sellers, was the featured keynote speaker in the Smith Hammond Middleton Memorial Center.

While racial divisions have certainly not been eliminated, they have been reduced as a measure of reconciliation has taken place. The Orangeburg of 2022 is a far more harmonious community than the Orangeburg of 1968. For that we can all be grateful.

Publisher’s Note: Dr. Sulton grew up in Orangeburg, SC across the street from South Carolina State University. He experienced firsthand the historical events mentioned in this article.