After a year of shutdowns, record death rates, and economic uncertainty due to the COVID-19 pandemic, the $1.3 billion in relief money that Mississippi received from the CARES Act and other federal programs was a welcome boost for a sagging economy.

Especially welcome was the federal Emergency Rental Assistance (ERA) Program that granted a total of $200 million to Mississippi and its two counties with populations over 200,000 – Harrison and Hinds – to assist tenants who had lost income because of COVID-19. The state received $186 million, while the two counties received $7 million each. An additional $5 million was added to the county allocations as compensation for landlords who had suffered major losses during this period.

The program pays up to 12 months back rent retroactive to March 2020 and an additional three months for future payments.

The Rental Assistance for Mississippians Program (RAMP) is run by the Mississippi Home Corporation. Hinds and Harrison counties hired their own management teams. Hinds County contracted its rental assistance program, Hind County Emergency Rental Assistance (HCERA), out to The Integrity Group of Florida.

On August 26, the U. S. Supreme Court overruled the moratorium on evictions that the Biden Administration and the Center for Disease Control moratorium had used as protection “for anyone who has lost income due to the pandemic and has fallen behind on rent.”  If such a moratorium is needed, said the court, then Congress, and not the President, must authorize it. As of October 14, Congress has not passed a moratorium on evictions.

Landlords retain the right to initiate the legal eviction process, which requires filing papers with the court and having the sheriff or other county officer remove the tenant’s belongings.  Waiting another month or two for the money from the ERA to come through is probably the best option for the landlords and will most likely stave off massive evictions. 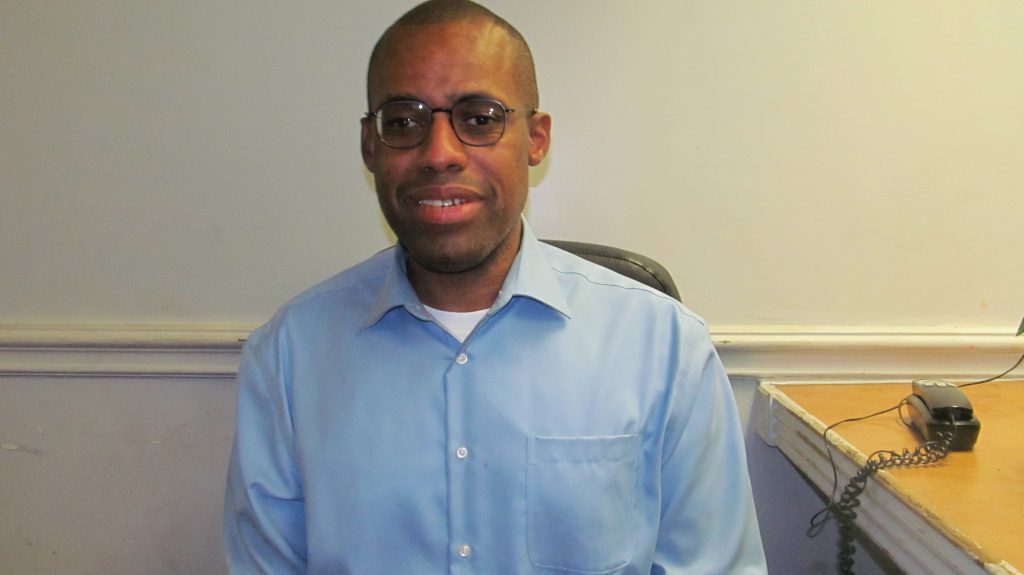 Danjuma Cooper, a legally blind disabilities advocate and career counselor, and Dr. Stephanie McCain, a disabled former educator now retired from Jackson Public Schools, both applied for rental assistance under the new program, but their experiences during the sign-up process were far different.

“I had two choices to meet their criteria,” she said. “It could be either COVID-19 related, or it could be low income. I chose the one that was COVID related.”

Once the paperwork was done and notification of approval was given, she was notified that the payment was being processed. It had taken a little over two months, she said.

For Cooper, the application experience went from one of hope to a series of crises and disappointments he encountered while trying to complete the enrollment process.

“The individual who brought us the applications that we turned in in June was Bridget Franklin with the Integrity Group,” Cooper said.

Hearing nothing more about the application for two months, Cooper said he checked with program manager Lauren Scott only to learn that Franklin was no longer with the Integrity Group and that all the paperwork that he and the other tenants had prepared had to be done again. Cooper said that he had duplicates of everything he had submitted. But his concern was that other residents of the Olive Tree Hotel in North Jackson, where he lived, would not be aware of the problem.

“This means there are a lot of people and families in here that are under the impression that Hinds County is paying their rent and have no idea that the opposite is true,” he said. On August 17, Cooper asked the Integrity Group manager to contact the Olive Tree management, “so that she can be apprised of what’s going on.”

On Sept. 28, he informed the Integrity Group that the new hotel management was in the process of filling out the forms required by the ERA and would submit them within a week.

“So, we have a hotel full of individuals that applied for this stuff that are under the impression that their rent is getting paid.  And they don’t know. These are individuals, some with family, some with children, and whatnot. I mean the hotel is booked. I imagine that about 20 to 30 families have applied for this. But the ERA manager is saying they didn’t do it right.”

Cooper says that he encourages his neighbors to speak out about the problems they’re encountering in trying to avoid being evicted while waiting for the anticipated rental assistance.

“The whole purpose of this was to use my example. That was my point, to get this issue out there. I can’t force people to do anything. But hopefully this will inspire others to come forward and to speak out for themselves, because if they don’t speak up for their own rights, nobody else is going to speak for them.”

Other residents and management at the Olive Tree Hotel were contacted but could not be reached for comment at press time.

HCERA funding comes directly to the Board of Supervisors from the U. S. Department of the Treasury’s ERA Program.

The Integrity Group of Florida has contracted with the county to administer their program. The Integrity Group reports on its Facebook page that it is working with numerous counties and cities receiving CARES Act funding. “We are building COVID-19 spending plans that leverage together CARES, FEMA, HUD, and other federal and state funding sources,” it says.

Some problems emerged during the early phases of adopting a new program like ERA 1, Hinds County Board of Supervisors President Credell Calhoun said.

“It took some time to get it set up the way the federal government required. But that’s universal,” Calhoun said. “Part of the reason was that no one had any experience with this program before. There was more than an abundance of precise rules everybody had to follow.

“Early on, nobody was working, and that meant that a tenant might have owed many thousands of dollars over four or five months. On the Coast, they didn’t have a limit on the amount. So, they implemented their assistance program there pretty fast.”

Calhoun says he was unaware of any sharp rise in the number of evictions in his District 3 following the Supreme Court’s lifting of the eviction moratorium.

“I’m not aware of an increase,” he said. “I think many of the landlords have been waiting to see how the program is going to work out, rather than kicking people out.  Some people are getting evicted, nevertheless. The landlords I talked to were not kicking people out because of failed rent payments. It was because of other problems they were having.”

Nkemdili Lewis, Director of Budget and Finance, agreed with Calhoun about the problems they faced during the early phases of setting up the ERA program for Hinds.

“We initially did have some bumps in the road, but I think we’ve smoothed those out,” she said. “And it’s picked up a lot in the last couple of months and seems to be going well. We made some changes and included some local participation. We’ve also added a local office at 510 George Street, which should really help.”

“We’re about to open up ERA 2. And the difference between ERA 1 and 2 is that this money will go directly to tenants. The landlords who don’t want to participate in the program won’t have to. The tenants receive the money and are responsible for their housing.”