The 30th annual Pan African Film Festival (PAFF) will feature 200 new high-quality Black films from the U.S., Africa, the Caribbean, South America, Europe, the South Pacific, Canada, and Asia. In addition, PAFF will present over 100 fine artists and unique craftspeople from over 40 countries and six continents in a showcase of Pan African cultures.

The Pan African Film Festival, the largest and most successful Black film festival, came about after years of effort at creating a cultural event that would reflect the changes taking place among Black people worldwide.

As the decade of the 1990’s approached, the Blaxploitation era of the movie industry was dead and buried, thanks to a growing sense of Black pride and waning receipts at the box office.

But the end of Blaxploitation was not the end of Black films. Anti-heroes like Sweet Sweetback, Superfly, and Blacula were soon to be replaced on the silver screen by authentic heroes like Toussaint, Lumumba, and Nasser. A new era of Black cinema was on the rise.

PAFF co-founders Danny Glover, the late Ja’Net Dubois, and Ayuko Babu had all been active participants in the civil rights and Black cultural movements of the 1960s and 1970s and decided to join forces to capture and celebrate the results of that struggle.

The Pan African Film and Arts Festival of 1992 heralded in this new era of self-representation. But what happened in Los Angeles, however, was the culmination of years of planning and preparation.

The world’s greatest Black writers and journalists had held conferences in 1956 in Paris, and in 1959 in Rome to advance Black culture and civilization. Highly respected names like Richard Wright, Alioune Diop, Cheikh Anta Diop, Chester Himes, and Frantz Fanon discussed plans for a convocation of African culture and arts from around the world in a newly freed Africa. Senegal became the chosen country and 1966 the year.

Impressive as the first conference was, it was the Second World Festival of Black Arts, FESTAC 1977, in Lagos, Nigeria, in January 1977 that drew worldwide attention. FESTAC 77 was the largest gathering of artists and performers in Africa’s history. 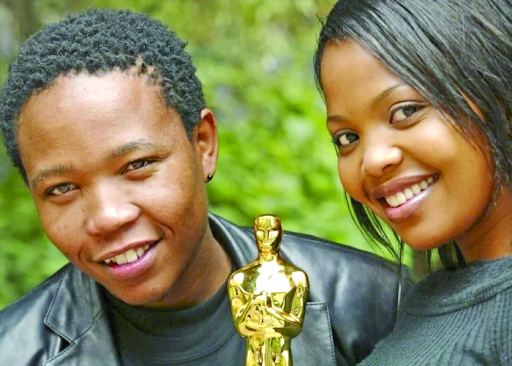 During his travels and dealings in Africa, Babu learned valuable lessons from American expatriates and statesmen living in Africa who had played a big role in the African revolt against colonialism. Bill Sutherland, the American Pan Africanist who wrote the charter for the 1958 All-African People’s Conference under the auspices of Nigeria’s first president Nnamdi Azikiwe, was one of those key contacts.

“He was the brother who ran the 6th Pan African Conference when Nyerere hosted it in Tanzania in 1974. That’s where we met him. Bill took us under his wings and gave us the whole bag. He told us we’re going to be the next generation of Pan Africanists.

“He also said do something that will take you to the different continents. We have the Pan African Film Fest. We’re on the board of the Nigerian Academy Awards. And we’re partners with the Zanzibar Film Festival, among others.”

Ja’Net Dubois – Willona to television fans – was a Broadway actress-dancer-singer and songwriter. She worked with Sammy Davis Jr. on Broadway and was a client and friend of renown Hollywood Attorney Jack Levy.

Ja’Net was one of the most dependable resource people associated with the festival, Babu says. She died in February 2020, at age 74.  She brought to the festival ideas for seminars and workshops on how to survive in the world of show business.

“Danny is the personification of that process,” Babu said. “Danny directly got his understanding of Black people from his student days at San Francisco State, which led him to Amiri Baraka, which led him to acting, which led him to Belafonte. Danny’s the most political of all actors – Black or white. Not only did he come through the struggle with the Black students and community people who stood beside him, but they won. They saw victory. And they set up the first Black Studies program in the country.”

(The Virtual Best of PAFF Retrospective and Film Guide are available online at https://paff.eventive.org/passes/buy.)