Efforts being made to locate and identify descendants of the troops

Local community leaders are making progress on the monument project to honor more than 3,000 African American men who served with the U.S. Colored Troops at Fort McPherson in Natchez, according to Chairman Robert Pernell of the Natchez U.S. Colored Troops Monument Committee.

Pernell, who formerly served as chair for the “Proud to Take a Stand” monument committee, said that he is pleased with the efforts being made by the committee volunteers.

“We have an army of volunteers, and they are working hard to make this tribute possible,” he said in a recent meeting. “We are moving forward with great expectations. I’m excited about the interest in the project and the support we’re receiving from the community.”

Pernell is working with Carter Burns, who serves as vice chairman of the USCT committee. Burns is also the executive director of the Historic Natchez Foundation.

“The men left their plantations and served for their own freedom and the freedom of their families,” said Deborah Fountain, a researcher and descendant of one of the Colored Troops. She also serves on the USCT committee.

Fountain noted a listing of the names of all the men who served is currently available through the National Park Service website and the National Archives. Each name will be included on or around the monument, depending on the design, according to Pernell.

Pernell said the committee wants to help descendants discover their relationship to the Colored Troops. He said there is a strong possibility that many of the local families are related to the soldiers.

Anyone who wants to know if they are related to the Colored Troops, may use a few simple steps to determine their relationship, according to Fountain.

She said one should start by checking his or her family tree. “Look for the names of the men who were of age to have served in the 1860s,” she advised.

Next, one should visit the website for the National Park Service: Soldiers and Sailors Database (Link: https://www.nps.gov/civilwar/search-soldiers.htm). That is where a search can be made of the person’s name, which should be listed in one of the six regiments noted above.

During the Civil War, about 200,000 Black men served with the U.S. Colored Troops, who fought to preserve the United Sates, according to the National Archives. That number included roughly 179,000 in the Union Army and about 19,000 in the Navy.

More than 3,000 Black men from the Natchez area joined the U.S. military. Prior to the Civil War and their enlistment as Colored Troop soldiers, some of them had been forced to walk to the notorious Forks of the Road, where they were sold.

It is believed that the Colored Troops made up about 10 percent of the manpower in the Union Army. 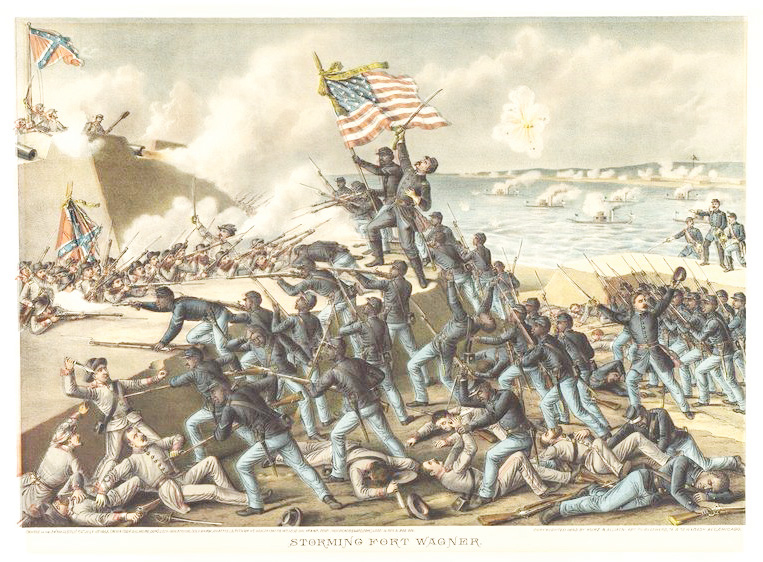