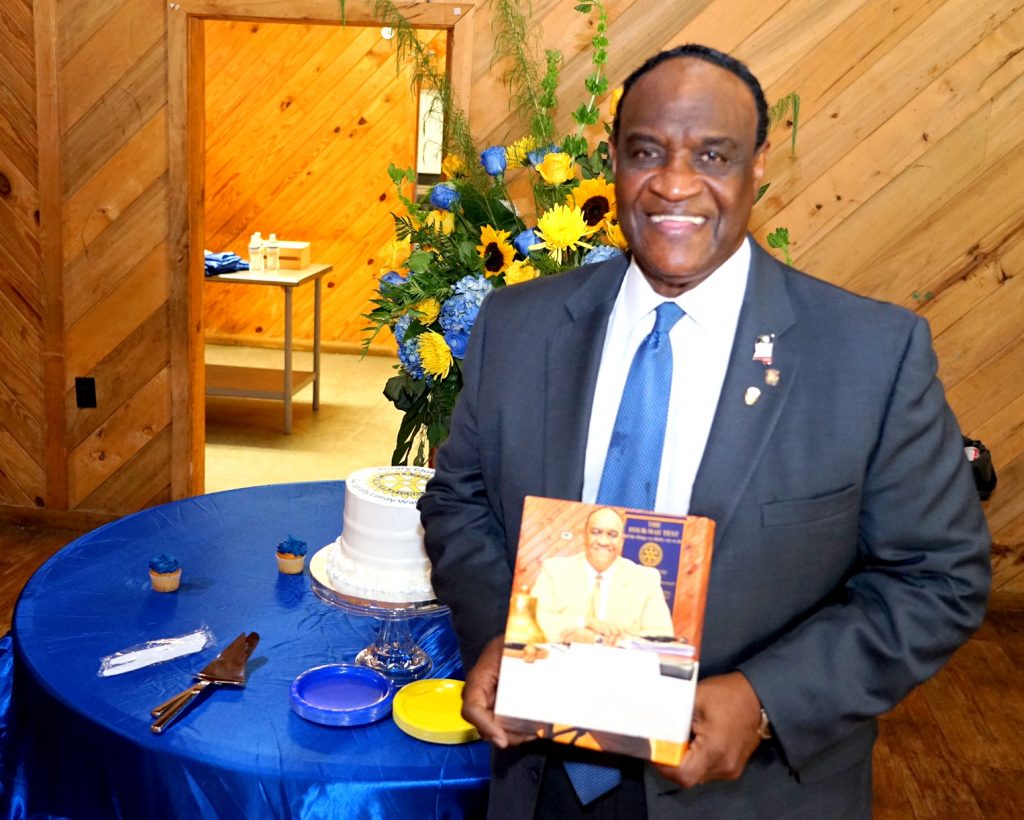 On Monday, July 12, the Rotary Club of Jackson pulled out all the stops to celebrate community devotee and businessman LeRoy Walker. Walker served as the 108th president of the Jackson chapter of the Rotary Club during the pandemic. In 2020, his leadership was the glue that held the club’s moving parts together during a tough time. To show their appreciation, the club members executed a well-deserving fanfare full of Walker’s family and friends, including his wife Terryce; daughter Michelle Walker Talley; Neddie Winters, president of Mission Mississippi; Hinds County Sheriff Lee Vance; Alice Tisdale-Perkins, publisher emerita of the Jackson Advocate; and more.

Past Rotary Club president Jack Spradling honored Walker with a poem, which concluded, “LeRoy’s demeanor is pleasant with a great warm smile, While accomplishing his goals by going the extra mile, The last 12 months has been a memorable year, yet President LeRoy’s mission was crystal clear…LeRoy Walker is the glue that kept Rotary alive in this storm…service above self describes LeRoy quite well…his caring for the needy grows deep in his heart…and when all is said and done, Rotarians will stand and cheer, honoring President LeRoy who was and is Rotarian of the Year.”

DeAnna Tisdale Johnson honored Walker by performing a rendition of his favorite hymn, “May the Work I’ve Done Speak for Me”. In his speech, Walker expressed, “I have been to several changing of the guards, but I’ve never seen this kind of display. I can’t say anything but thank you.” He then transferred his pin and gavel to the incoming president, Mike Pepper.

Walker is well known for his volunteer and philanthropic efforts and business acumen in the Jackson area. Walker spent many years teaching Science and Mathematics in the east St. Louis, IL school system. His business, LTM Enterprises, Inc., formerly owned and operated 22 McDonald’s restaurants in the Metro Jackson area.

Walker founded the 100 Black Men of Jackson, Inc., and in 2015, he received the Mentor of the Year Award from the 100 Black Men of America, Inc. He is past Chairman of the Metro Chamber of Commerce, past Chairman of the Board of the United Way of the Metro Area, and immediate Past Chair of the Board of Trustees of Tougaloo College. He is a member of the Board of Directors of Trustmark National Bank; the Hinds County Economic Development District; Advisory Board of Entergy Mississippi; and Jackson State University Development Foundation.