As a lifelong Jacksonian, I have seen the city go through numerous changes. As a child, I didn’t fully appreciate the luxuries I had through some of my most impressionable years. Gone are the days where you could visit the neighborhood “candy lady”, swimming days at the pool, and a tightly wound community from top to bottom that displayed genuine concern for their neighbors. This lack of empathy or sympathy for one another that we have grown accustomed to is quite frightening, almost to the point where I fear at times my life could be taken from me.

Longing for a sense of unity and care, I, along with my mother and sister, visited family and friends in Dallas, Texas during the Memorial holiday weekend. A lovely trip with very few hiccups ended with my mother hugging me tightly and saying, “Go straight home son. That car needs to rest.” A mother’s intuition is a fascinating concept. It was almost as if she knew I would try to socialize before calling it a night.

Completely disregarding my mother’s wishes, I decided to visit a friend before returning home.

Unbeknownst to me, I embarked upon an active shootout. Young Black males were firing at one another. I was so shaken that I frantically sped home disregarding many traffic laws and potential pedestrians. I immediately called anybody I could think of because I needed to feel a human connection. A few answered, some didn’t. The few that did met me with genuine concern and care, and I cherish them for that. Admittedly, I felt a little embarrassed to tell my mom about the incident, not because of resentment from her but I really put myself in harm’s way by not following her instructions.

Before closing my eyes that night, I prayed for protection for me and my family, suddenly coming to the scary conclusion that I no longer feel safe in my own city. The city that I’ve called home for thirty plus years has somehow deteriorated into a battleground. I’m a nineties baby, and I can vividly hear some of the old folks of that time saying, “It’s gonna be a long summer…” Meaning a long and hot one.

In the days following the incident, I started to notice something that for a while I tended to turn a blind eye to. Living in an age where you are able to consume so much media and programming can sometimes leave your brain in a fog. However, there are some headlines that grab your attention and compel you to take a closer look.

Scrolling through my timeline, one particular headline stood out and caught my immediate attention – “Mississippi No. 1 in U.S. for gun death rate.” So many thoughts began to fill my brain.  “This couldn’t be true. Not my state! Not my city! How is the place that I’ve called home my entire life actually no longer safe?” It was hard to believe at first, but I continued to be bombarded with more and more headlines that literally shook me to my core.

Children younger than my 16-year-old sister were involved in violent crimes using firearms. In the capital city, it seems that our youth has somehow lost the basic concept of humanity. Brandishing weapons and shooting with reckless abandon. Many believe this is because of the state’s lax open carry laws and domestic dysfunction amongst many families in the area.

As more and more headlines about Jackson began to pour in, I began to reflect on my own childhood and the immature things my friends and I would do to pass the time. None of them involved a gun or hurting another individual. It was mostly because our parents and older siblings taught us the importance of weapons, and the main goal was to always protect yourself and your family.

The “older folks” of a previous generation were more hands-on in the community. People of all ages were held accountable and feared the potential resentment one would face if they stepped out of line. A potential solution for some of these incidents would be a stronger community presence, a collection of voices that will resonate with our youth, and a police department that is more concerned with being visible and neighborly than showing up to prevent or deal with a crime.

Jackson is definitely getting a lot of national attention for many different things. I fear, however, that these headlines may leave a stain on the capital city and do more damage than good.  I once was afraid to own a weapon but now, given today’s climate, I’m not sure if it is irresponsible of me to walk around as if I’m untouchable or if guns are a part of the problem.

Nevertheless,  it is time to provide for our youth’s well being. Create more programs for them to be involved in – including and outside of sports – and also get back to the mindframe that “it takes a village to raise a child.” There are a lot of people who are rooting for the city’s demise. As a proud Jacksonian, I would love for us to take part in changing our own narrative. The changes we seek start with us. It starts at home. It starts with a stronger community. 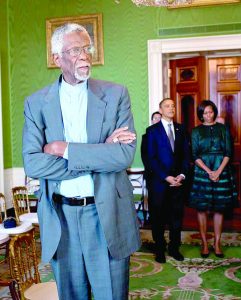 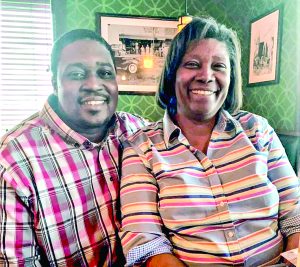